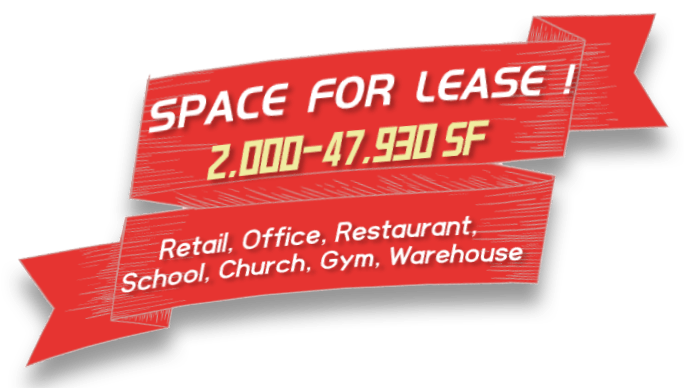 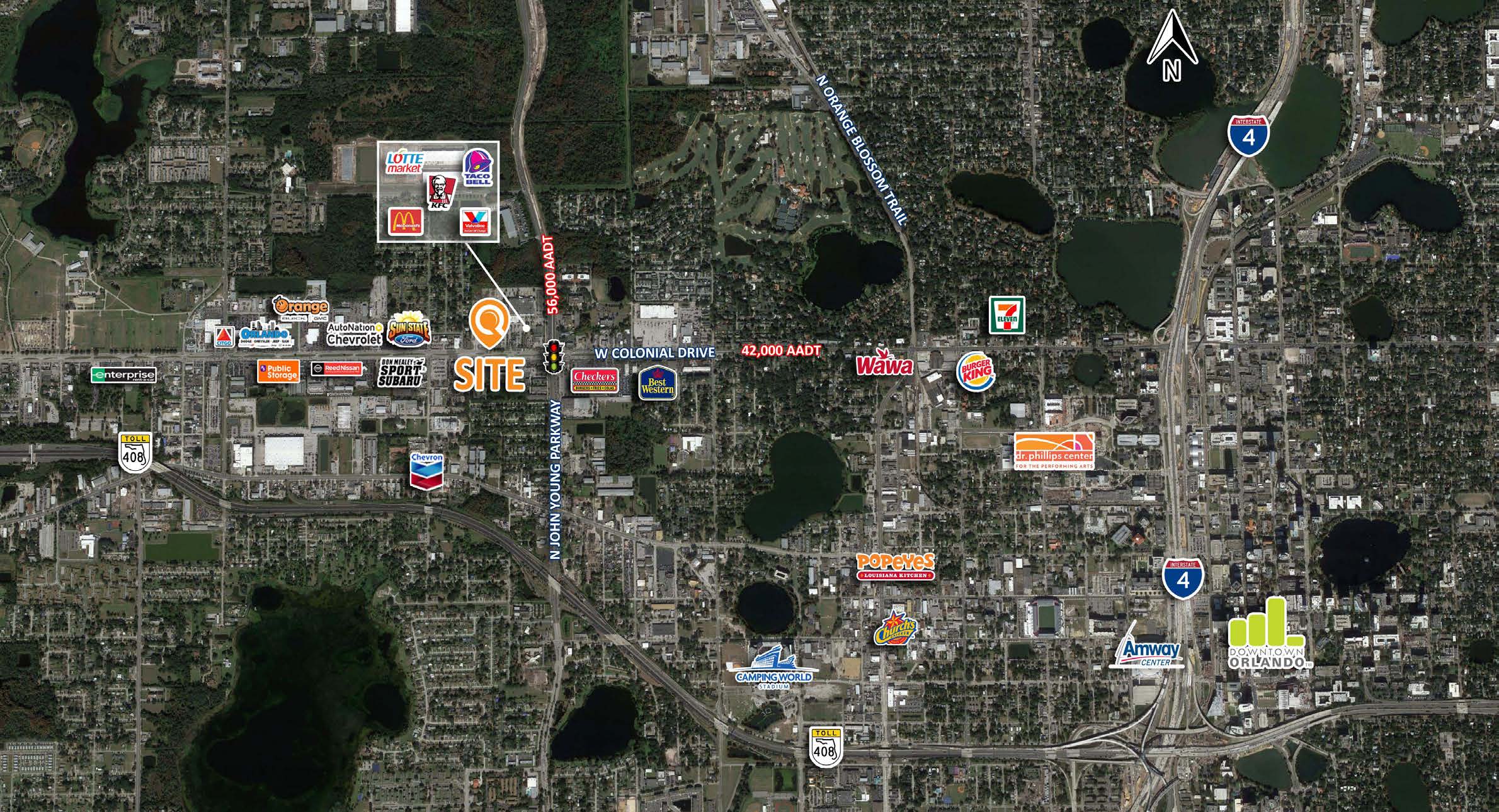 ·Parkwood Plaza at 3191 W. Colonial Drive in Orlando, Florida is in a central area.The 141,617-square-foot retail neighborhood center is ideally positioned at a signalized intersection at two of Orlando’s most dominant thoroughfares, Colonial Drive and North John Young Parkway.
·The dense daily traffic at this main and main locale is 42,000 and 56,000 cars per day, respectively. Interstate-4, Orlando’s core North-South connector, is just two miles east and boasts another 147,500 cars per day!
·Parkwood Plaza is anchored by a new, 62,944-square-foot Asian grocer, Lotte Plaza Market. The rapidly growing Lotte Plaza Market was founded in 1976 and is scheduled to open 50 locations across the U.S. by 2030.
·The center has four outparcels consisting of national brands McDonalds, KFC/Taco Bell, Korean BBQ Restaurant and Valvoline. A diverse mix of service-oriented users round out Parkwood’s roster with nail and beauty supply stores, laundry/cleaners and more. An adjoining industrial/office space is currently offered for lease, adding additional upside potential.
·The highly visible, 14.65-acre site is within an (in-fill) suburb of West Orlando, where strong daytime traffic patterns surpass 113,000 people and its total population offers 97,000 residents in just three-miles. Twenty minutes from Orlando’s tourist district is the Orlando International Airport with 40+ airlines and nonstop service from 150+ destinations.
The Sanford International Airport is 18 miles northeast of Orlando and 45 minutes from the tourist district.
Amtrak provides service at its downtown station, and the “SunRail” commuter rail connects key cities along Orlando’s main corridor. In the coming years, Virgin Trains and the Florida High Speed Corridor will bring an express-rail.
Approximately 21 miles of Interstate-4 (“I-4”) will be transformed with four new Express Lanes and rebuilt interchanges and bridges.
Other main thoroughfares include US 17-92, State Road 434, State Road 436, State Road 417, State Road 429 or State Road 414.
State Road 50 (SR 50),  where Parkwood Plaza is positioned along in the “West Colonial” corridor, runs directly across Florida in Orlando, with its termini at US 19 and US Route 1. 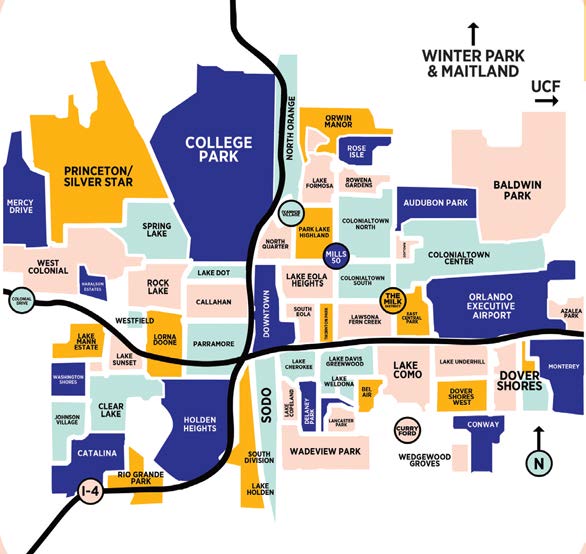 We Are A Multicultural And Multilingual Company With Real Estate Sales Professionals And Investors From China, Brazil, UnitedStates, And Canada.
Our Main Goal Is To Find You The Perfect Investment Property And Help You Grow Your Financial Goals With Our Team Working For You From Purchasing To Property Management.